The coolest of the Summer family, True Summer colours are like a dive into cold water. Even though the colour palette is muted and gentle, it has more contrast than the other two Summer types.

True Summer is original Summer season in the four seasons colour analysis and sits between Light Summer and Soft Summer on the seasonal flow chart.

Its opposite season is True Winter. Both are cool seasons, but while True Winter is dark and contrasting, True Summer is light and soft and cannot handle the icy and intense colours of Winter. 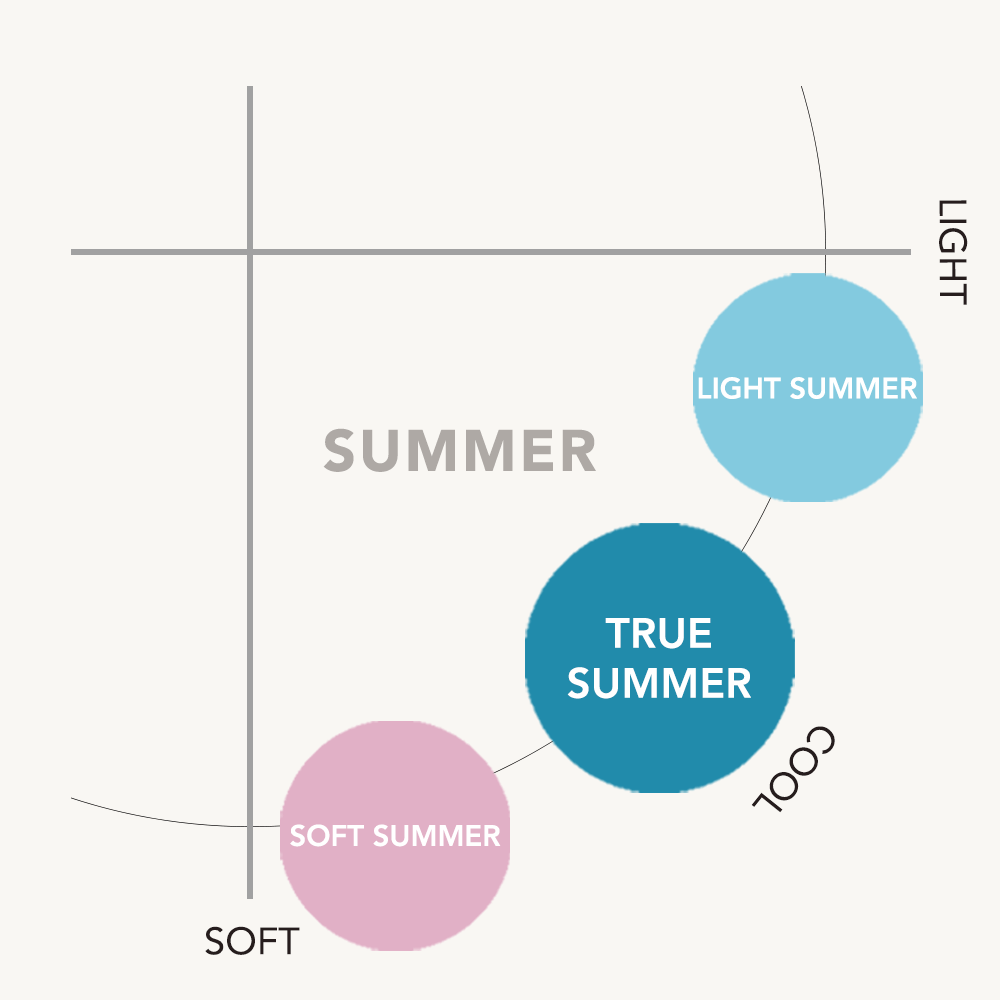 Please note: Do not worry too much if one characteristic of your appearance deviates from the below descriptions. You may still fall into this colour season if your overall appearance matches the profile.

The following images are examples of True Summers. You may look different but still be a True Summer.

You are a True Summer if the dominant characteristic of your overall appearance is cool – meaning cool colours suit you better than warm ones, and the secondary characteristic is muted.

When you look in the mirror the first thing you notice about your colouring is its obvious cool quality. Your skin, eyes, and hair all have cool, blue and pink undertones.

In addition, your features are muted – they blend together rather than contrast each other. Compared to the two other Summer sub-seasons, however, True Summer has the most contrast. Overall, the level of contrast between the features is medium.

True Summer eyes are usually blue, grey, green, or light grey hazel. Darker ethnicities will have muted brown eyes. Regardless of the colour, True Summer eyes are always softly greyed, making them muted and less vibrant than sparkling Spring or Winter eyes. Typical of the Summer eye, you may notice a crackled glass pattern on the iris.

True Summer skin is always cool, with blue or beige undertones and possibly a pink tinge. It ranges from fair to tan (I to IV on the Fitzpatrick scale). Since True Summer skin is cool, silver looks good against it, but gold does not work at all.

The hair can be any shade from dark blonde, over light and medium brown to dark brown, but what defines True Summer hair is the absence of brightness. Instead, True Summer hair is ashy and muted. There is no warmth in the hair – i.e. very little to no red undertones, no golden glow, and usually no natural highlights. Redheads therefore aren’t usually True Summers.

Due to the combination of darker hair with lighter skin, the level of contrast between a True Summer's features is medium. This makes True Summer the season with the highest contrast out of the three Summer types. In the images below, you can see how the hair is darker compared to the skin, but the contrast is not too strong. Overall, there are some darker and some lighter areas in the image, but they are neither very dark nor very light.

Being the coolest of the Summer family, people who fall into the True Summer category can sometimes be mistaken for Winters. Both are cool seasons, but while True Winter is dark and contrasting, True Summer is lighter and softer in comparison.

And although True Summer has a higher contrast than the other two Summer types, the contrast is not as striking as True Winter’s. In fact, the high-contrasting colours (including black) of Winter are overpowering on True Summers.

Instead of black, there is more grey mixed into the True Summer colouring (as you can see below) – making the natural appearance soft and muted. The colours of True Winter, on the other hand, are more intense and more contrasted with lots of black and black-blue pigments.

True Summer is the season reminiscent of summer days after rain, when the last grey clouds disperse, and the haze refracts all the colours of nature into an amazing kaleidoscope of contrasts.

These colours are cool, calming, and refreshing, like the feeling of water on the skin. They are the colours of water -the blues and greens of ponds, rivers, and deep oceans.

In terms of colours, the following images are representative of the gentle, cool colours that are part of the True Summer colour palette:

This is the ‘classic’ Summer palette. It contains the largest number of cool tones out of the three Summer sub-seasons. The palette has that typical Summer softness (unlike True Winter colours, which are cleaner and deeper). And to match the natural medium level of contrast of this season, the colours are mid-range, leaning on the lighter side.

The best colours for True Summer are cool and so blues and cool pinks feature heavily. Cool browns – such as cocoa or taupe, or dark blues – such as navy, also look great and work as neutrals, accented by pastels – such as soft fuchsia or cranberry.

On the three dimensions of colour, True Summer has the following properties:

In line with True Summer’s dominant characteristic, the colours sit on the coolest end of the scale. This means they contain blue undertones but no yellow ones. There are very few yellow shades, and even those have a heavy tint of blue to make them cooler. Instead, you will find lots of cool blues, pinks, purples, and blue-based greens.

The colour palette ranges from nearly white to nearly black and is so quite broad. Overall, though, there are more colours that are medium-light rather than truly dark. This is because this season cannot handle extreme contrast.

The colours are medium-low in chroma. This means that they lean more towards the muted end of the scale. They are more dusky and soft instead of saturated and bright.

True Summer sits between Light Summer and Soft Summer on the seasonal flow chart. It is the ‘standard’ Summer palette and the original Summer season in the four seasons colour analysis.

With its opposite season True Winter, the colour palette shares the same cool temperature, but True Summer colours are lighter and softer. Winter colours, on the other hand, are cleaner, brighter, darker, and more contrasted.

Compared to Light Summer, the colours are cooler, softer, and slightly darker. Light Summer can handle even less contrast.

As sister palettes, Light Summer and Soft Summer both share True Summer’s characteristics of cool and muted, respectively. This means you can borrow some of their palettes’ colours as they are close enough to the True Summer colour palette. On the Light Spring palette, opt for the darker shades –  such as cobalt blue or sea green. Whereas on the Soft Summer palette, choose the brighter colours – such as ruby or deep rose.

Even though technically you can combine any of the colours on your colour palette with each other, certain combinations will look much better than others:

True Summer’s natural appearance blends rather than contrasts. Therefore, the best colour combinations for your outfits are those that complement each other. In addition, your natural colour contrast is medium – so your colour combinations should reflect that. Why is this important?

Wearing colour combinations that reflect the contrast that exists in your natural appearance will complement it and will make you come alive in your outfits.

To achieve this natural level of contrast you could, for example, opt for a monochromatic look and combine different shades of one hue – such a light blue with a dark blue. Or you could combine neighbouring hues with the same level of value – such as a pink with a purple.

Another way to achieve a medium contrast is by mixing a light neutral with a darker pastel accent colour. Due to the natural gentleness of your appearance, neutrals will never make you look washed out or boring. So don’t be afraid to make heavy use of them in your outfits.

Avoid combining colours that are too highly-contrasted – i.e. colours that sit opposite each other on the colour wheel – such as yellow and purple. These combinations would overwhelm your delicate appearance and swallow you up.

Due to the gentleness of your natural colouring, true black is too dark and harsh on you. Instead, there are many greys on your palette that you can use as a neutral basis for your outfits. There are also browns for a darker option. True white also does not go well with your appearance, so in its place you have very light greys and pinks instead.

Apart from white and black, avoid dark and intense colours – such as deep purple. Due to the softness of your features, these colours are overbearing. And finally, warm and earthy colours with yellow undertones clash with your natural coolness, so stay away from those as well.

If you are thinking of incorporating some patterns and prints into your wardrobe, consider the following:

The best patterns are those that only contain True Summer colours – like in the first example below.

If a pattern contains some but not much colour from a disharmonious palette – like in the second example, you can also wear it.

The last example contains too much of a disharmonious colour (a True Spring yellow, which is warm and clear), so it’s best left alone.

Since your natural colouring is medium-contrast, opt for patterns that reflect this natural medium level of contrast rather than ones which are too bold.

In the example below, both patterns are in True Summer colours and wearable. However, the second pattern displays a higher contrast between the elements and is therefore less flattering.

Great patterns for True Summer are gentle but not too delicate – such as watercolour and floral textures, floral drawings, and brush strokes.

The elements of the pattern should not be too small and should be loosely arranged.

Avoid ordered arrangements, small and dense elements, and stiff geometric patterns – like in the first example.

The best metals for True Summer are silver, white gold, and platinum. Brushed and satined metals are especially flattering.

Because your natural colouring is extremely cool, yellow gold looks very disharmonious against your skin. Also stay away from other metals that contain a lot of yellow.

A great stone for True Summer is amethyst, as it emphasises both the softness and coolness of this season. 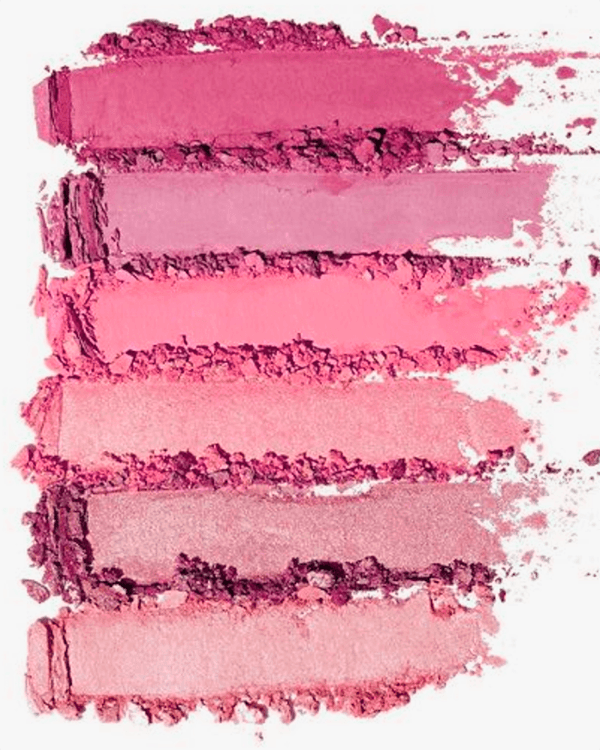 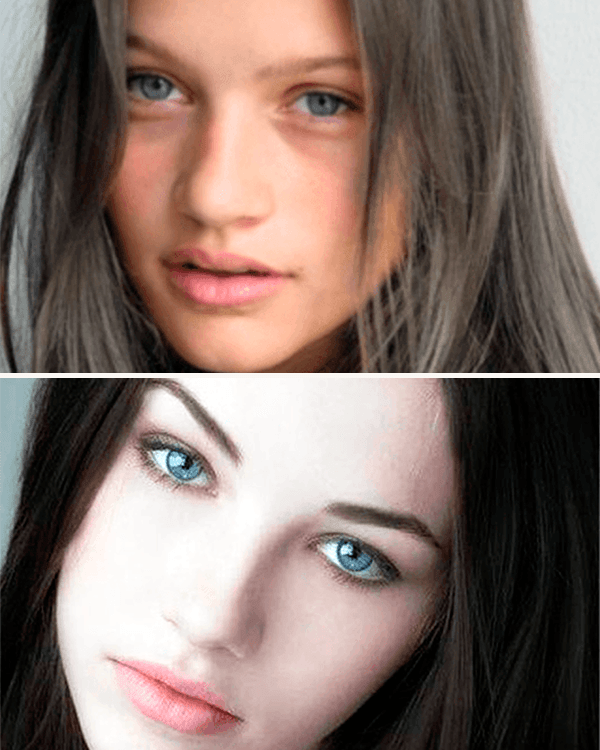 True Summer vs True Winter:
What is the difference?

Not True Summer? Check out the other colour seasons: 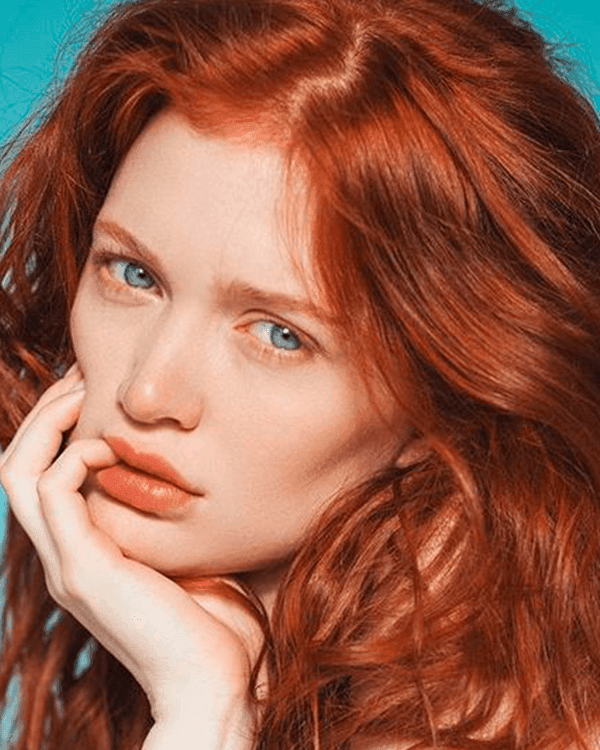 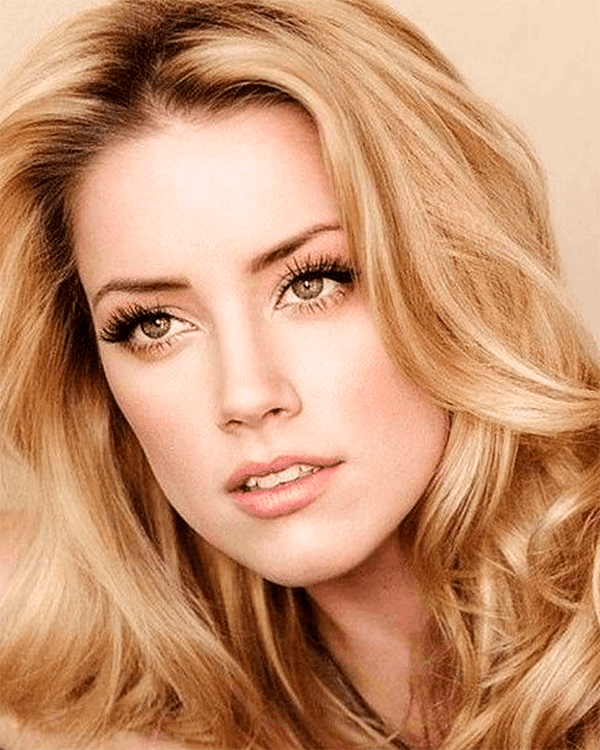 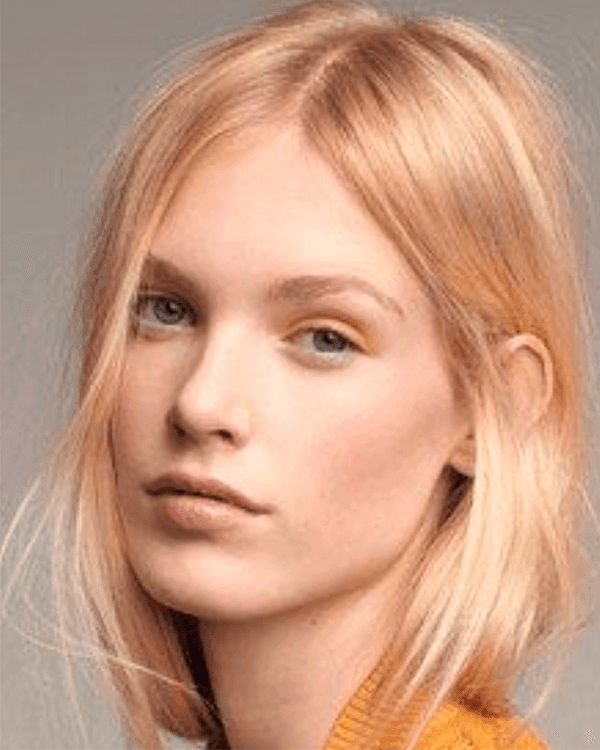 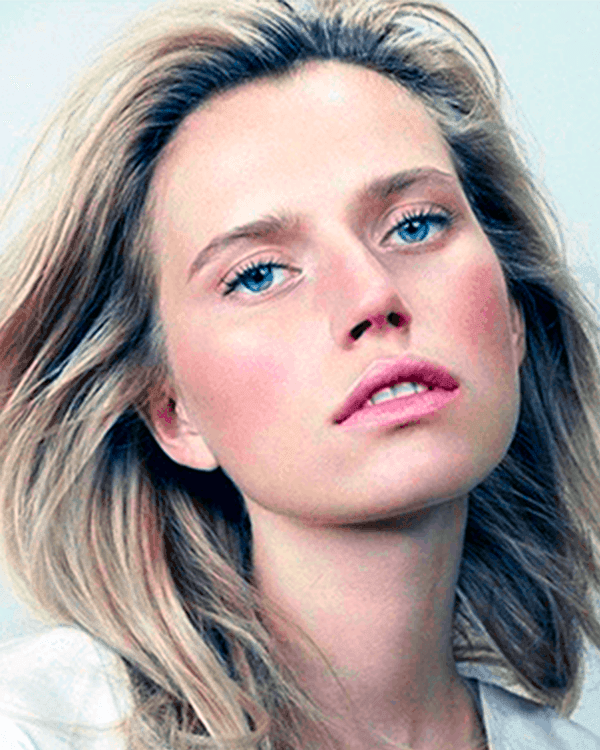 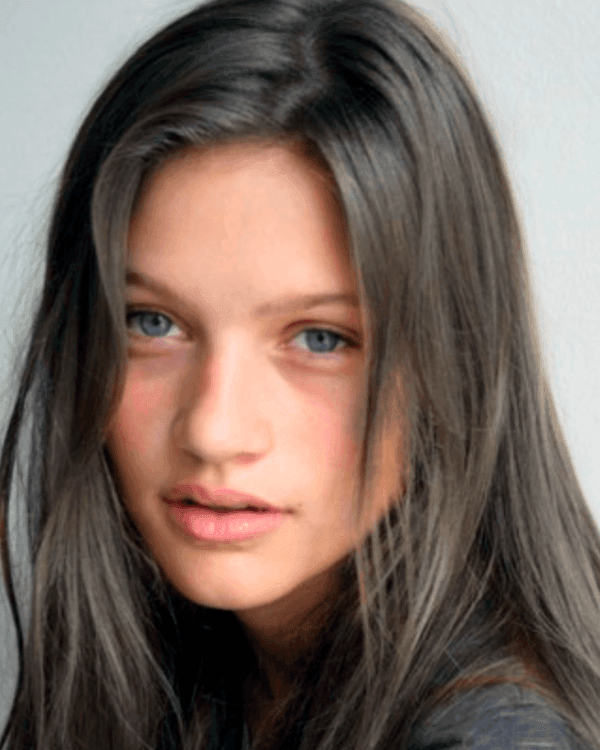 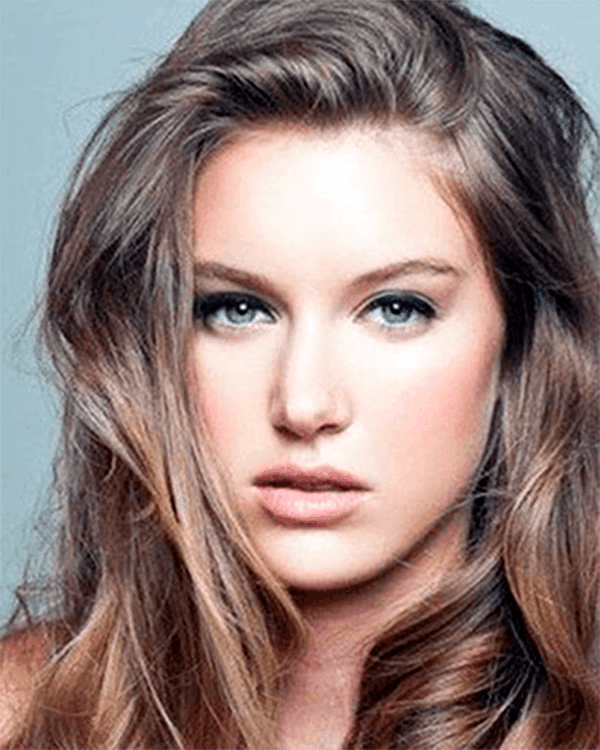 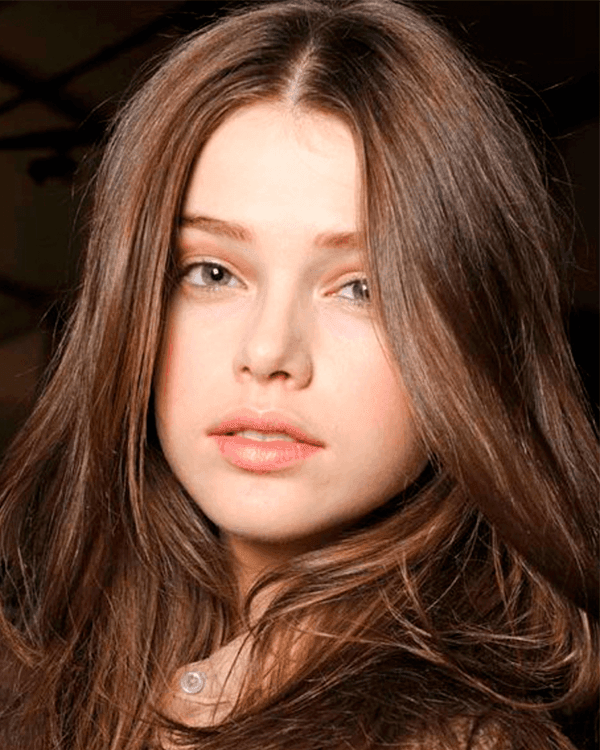 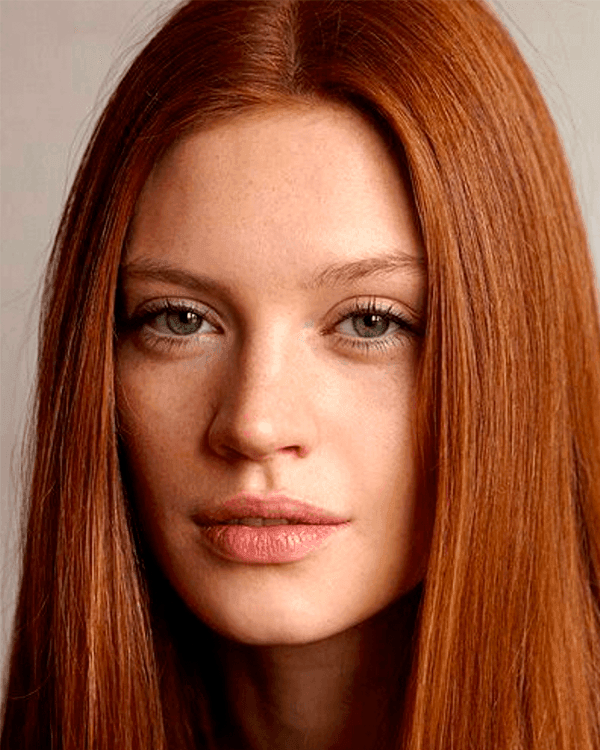 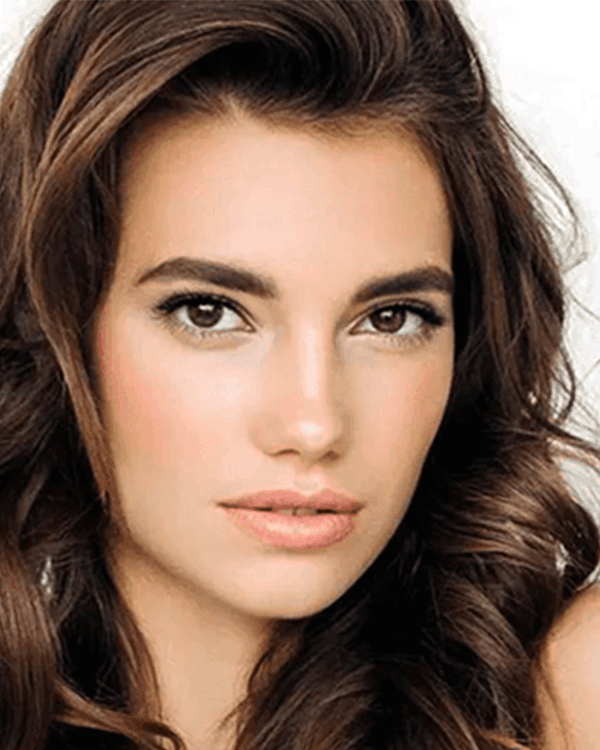 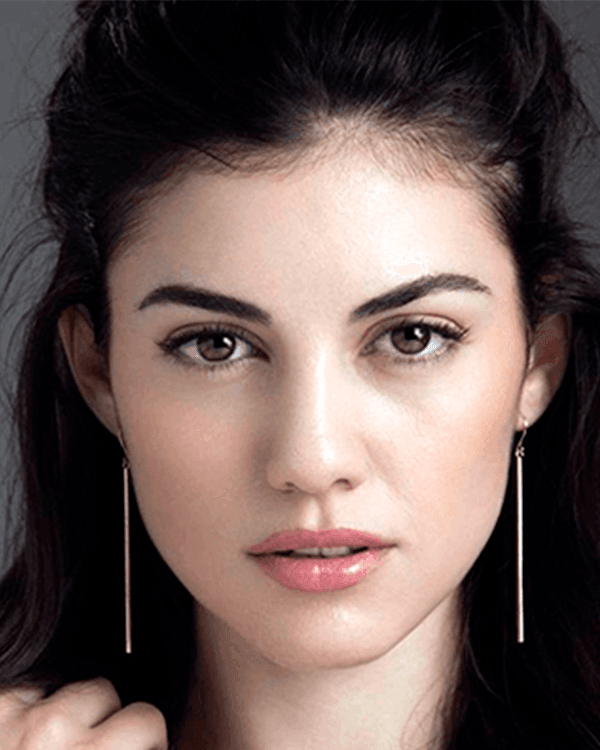 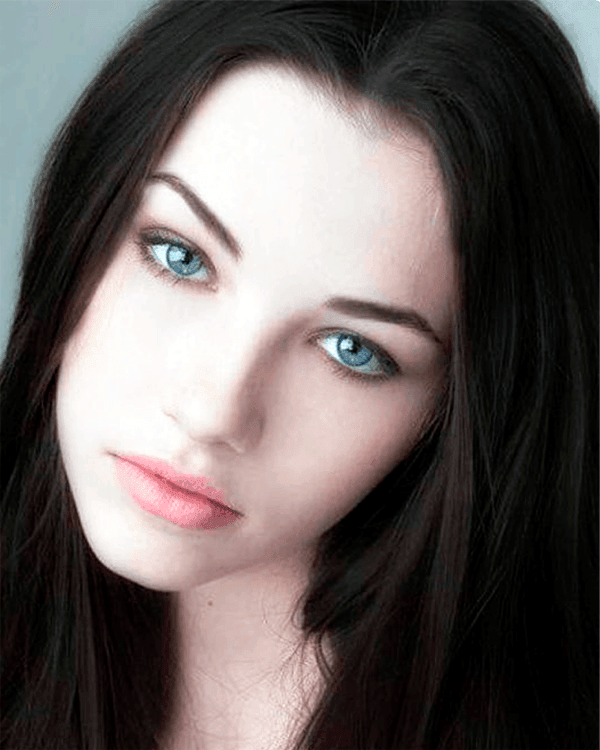 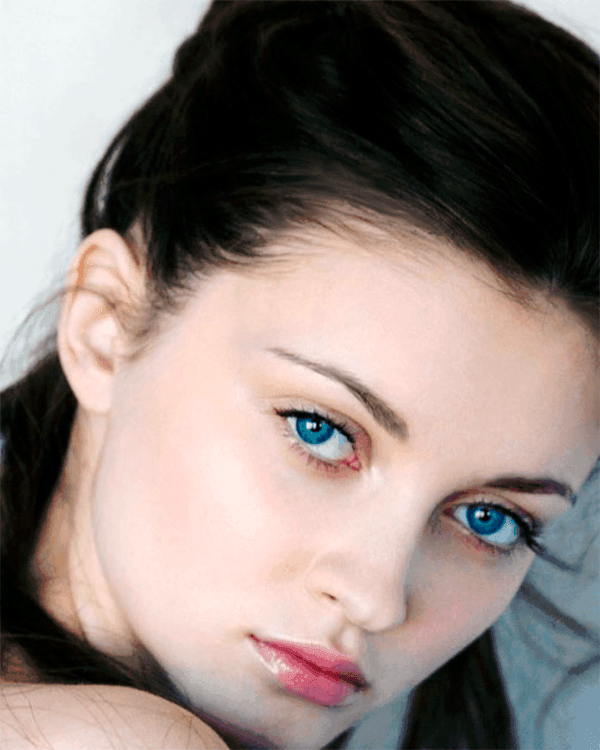